A story was told to me in Shetland, and this is how it ran:—

He was growing old, and his friends begged him to spend his old age amongst
them in peace, leaving such work as his to the young; but he answered that
he had yet another voyage to make before rest time came, and he manned his ship
and sailed away for the polar lands.

“For what do you adventure, captain?” asked the crew; “to find some fresh
sea-passage, new frost-bound islands; or for seal and white bear skins?”

“For neither fame nor gain,” he answered. “For those I have journeyed
enough, and the end of all is a pleasureless, vain fulfilment. To-day I work for no
end; I sail for the sailing’s sake; and I keep my course for the seaman’s lode-star,
the point that draws the compass and guides my destiny.”

And as he spoke the sky darted pennons of fiery glory, and the wave-crests
caught and gave back the broken splendour of them.

The days passed and grew to weeks and the ship kept its course; the ice-cutter
ploughed through a white world, and night and day merged into a divine twilight.
Seals cried mournful warning to each other across a noiseless dividing space; further
still, and bears, scarcely distinguishable against the snowy landscape, were the only
signs of active life. In time even these gave way to utter blankness and iciness, and
the frail ship lay between a heaven of tattered fire and an earth of frost.

The crew grew frightened, and would have mutinied, but they had lost their
bearings and dared not sail except under the captain’s guidance. As for him, he
stood motionless at the ship’s head, silent and self-absorbed, and heeded not their
murmurings.

There was something magnetic in the air; the heavens changed from dusky red
to purple: the snow shone blue and unearthly. It grew warmer, and faint sweet
odours crept on the breeze. They found themselves land-locked before and on
either hand.

The captain gave orders that anchor should be cast, that he might land.

He went alone, first singling out three men, who if he had not returned in twelve
days were to follow a line of light discernible ahead, where, he said, they would
find him.

The days passed, and there was no sign of his return, and with trembling and
misgiving the men set out.

For three days they followed the gleam, and on the fourth day came upon the
dead body of their master. Strangely enough, it showed no marks of death by frost, but
was slightly charred.

They were about to raise it, when suddenly before them, raised as in mirage,
appeared a figure of awful beauty, with upraised flaming sword. Behind this loveliness
there seemed to be a gate, set in a white wall overtopped by luxuriant vegetation. It
was but a momentary vision, then the blinding light faded, and the men in speechless
terror fled.

They reached the ship nearly dead, and weighing anchor all returned home; how,
they knew not, a wind impelled them.

It was in answer to an expressed desire on my part to see the white countries of
the north that the sailor told me this tale; and as a warning to all who would vain-
gloriously search for the magnetic north.

Inaccessible in the present scheme of things, but ever growing within that whiter
walled Garden, there stands, said he, the Tree of Life, guiding the world until the
Great Time comes when we may see it and be immortal. 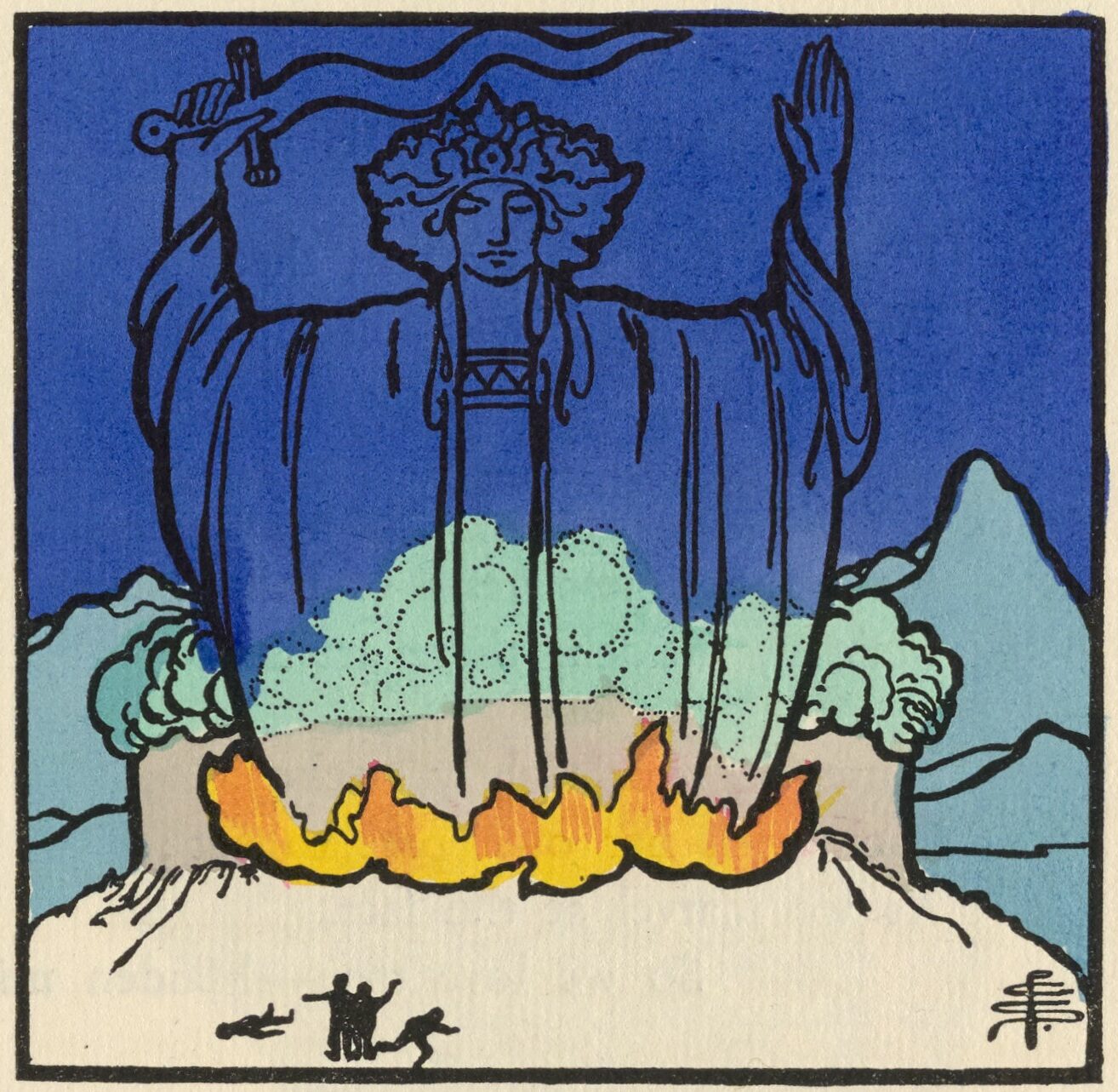