A HANDFUL OF DUST 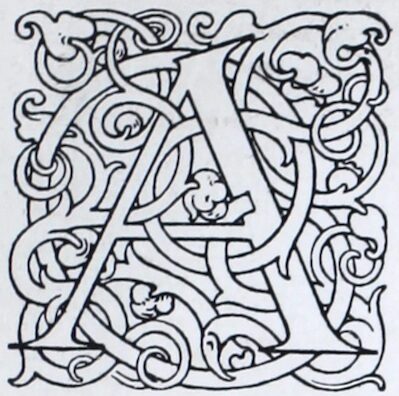 A TRAVELLER wandered by night amid the
ruins of an immense forsaken palace.
Through portals, of marble and passages
of porphyry, he at length attained a little
inner court which had been the private
garden of the princess, underneath the
window of her chamber. The degenerated
shoots of the rose and myrtle were still
contending for existence with the strang-
ling crop of wild plants; otherwise, it retained no trace of ancient
culture but a mutilated tomb and a dry fountain. The traveller
seated himself upon the former, and remained absorbed in medita-
tion, until the setting moon admonished him that he must with-
draw if he would not lose the light which had hitherto guided him
among the intricacies of the ruins. Starting up, he sought for some
fragment of agate or malachite from the tomb to bear away as a
relic. Seeing nothing of this kind, he thrust his hand through a
cavity in the side of the sepulchre and seized the first object that
met his grasp, which proved to be a handful of dust. As he with-
drew his hand it was sharply caught by a long ragged briar spring-
ing on an adjoining mound, which seemed to urge its growth
in the direction of the sepulchre, as though to surmount and
clasp it. The smart was so severe that his hand unclosed, and
shed its contents on the hillock, but he instantly stooped and picked
them up, mingled with some of the brown and fetid mould which
bestrewed the latter. He then enclosed the entire handful in a silken
pouch, and quitted the ruins. On regaining his own country he
deposited the sepulchral relic in a jasper urn, and placed this in a
niche in his sleeping apartment.

The traveller’s dwelling was situated in the midst of a large garden,
remote from the noise of the busy capital. The land was southern,
with a genial climate, and warm, brilliant nights. Hence, he was
accustomed to late vigils — times of meditation on what he had
seen and learned. The seclusion of the site, the tranquillity of the
scene, and the nature of his reflections, contributed to enkindle a
naturally exalted spirit, and to attune perceptions originally refined,
until the mystic harmonies and rarely apprehended accents of Nature
gradually became familiar to him. He would hearken and strive to
interpret

interpret the rustling of leaves, the stirring of insects, the vague
lispings of the night wind; nay, he sometimes seemed to surprise
stray notes of the entrancing music which accompanies the sublime,
but for most the silent, procession of the stars. It was, therefore,
with the less astonishment that he one night heard tones distinctly
proceeding from the jasper urn that contained the handful of dust. He
listened intently, and clearly distinguished two voices: one a woman’s,
plaintive and distressed; the other a man’s, imperious and exulting.

‘Little, disdainful Princess, didst thou deem that it would ever
be thus!’

‘Alas, no!’ sighed the other voice.

‘The slave thou didst so scorn is now as closely blended with thyself
as thy spirit with thy frame. The eyes are as the eyes on which they
gazed, the neck is as the foot that trod it into the dust.’

‘Wretch!’ rejoined the other speaker. ‘Know that whatever disaster
may have overtaken the Princess’s frame, her spirit is still her own
and lives on to spurn, to detest, to defy thee.’

‘Detestation and defiance sound marvellously well in my ears,’
rejoined the slave. ‘Time was when thou didst but despise.’

‘As I do now,’ replied the Princess.

‘Not so. Detest thou mayest, despise thou canst not. Thy
bondage galls too sore, and escape from it there is none. Were our
atoms flung upon the hurricane, mine should pursue thine upon its
wings; were we strewn upon the ocean, its billows should bear us
away together. Nothing can wholly sunder us but that which shall
one day subdue all, the elemental strength of Fire.

‘O, Fire!’ exclaimed the Princess, ‘at whose bidding wilt thou resolve
me into my essence, and purge me from the stain of this abhorred
companionship?’

‘At mine!’ cried the traveller; and, arising hastily, he seized the
urn, and poured the contents into the flame of his lamp. A jet of
light flashed up, and immediately divided itself into two fiery tongues,
one white with a dazzling lustre, the other murky and lurid. For a
moment the traveller seemed to have a confused perception of some-
what ethereal borne upwards, and of some wingless thing falling heavily
to earth; but instantly the flames sank, his lamp resumed its accustomed
steady radiance, and no sound disturbed his musings as he sat gazing
on the jasper urn, now devoid of every particle of dust.