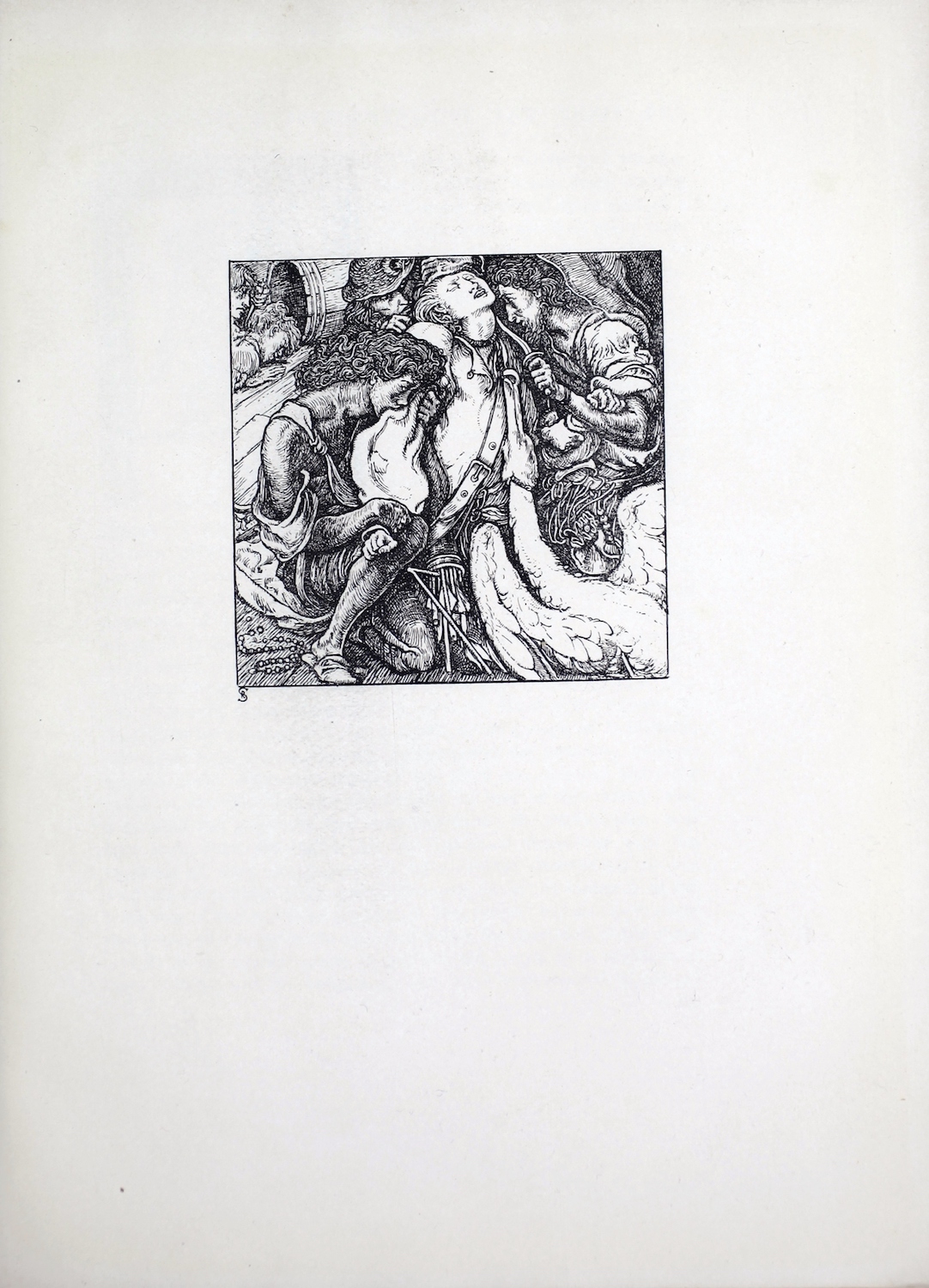 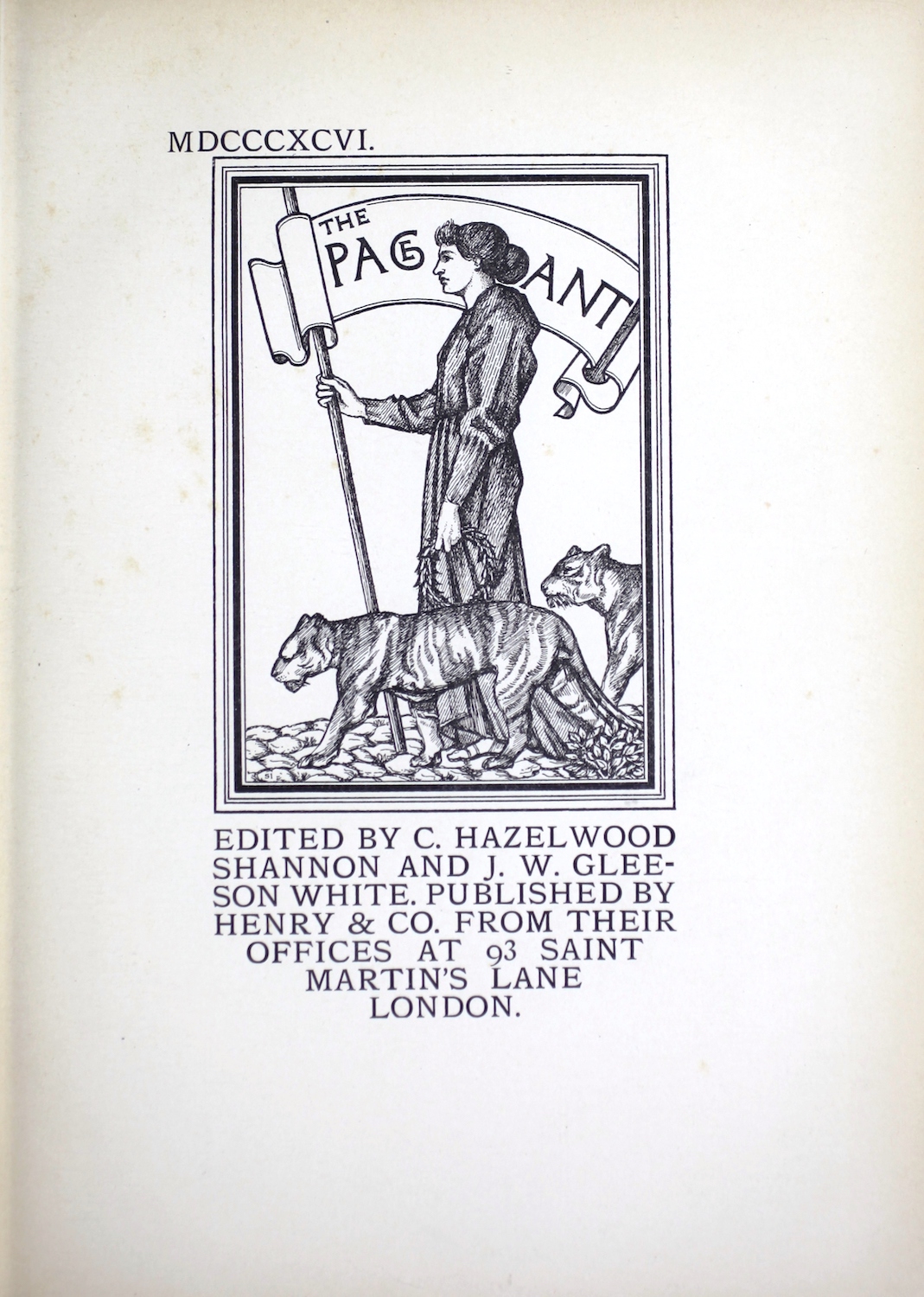 BETWEEN the twelfth and the six-
teenth century nearly every country
in Europe possessed some sort of a
religious drama, which in many cases
has lingered on, nearly or quite, to
the present day. Even in England—
in Yorkshire, in Dorset and Sussex,
and perhaps in other counties—the
old Christmas play of St. George and
the Dragon is not quite extinct,
though in its latter days its action
has been rendered chaotic by the
introduction of King George III.,
Admiral Nelson, and other national
heroes, whose relation to either the
Knight or the Dragon is a little
difficult to follow. The stage directions, which are fairly numerous
in most of the old plays which have been preserved, enable us to
picture to ourselves the successive stages of their development with
considerable minuteness. In some churches the ‘sepulchre’ is still
preserved to which, in the earliest liturgical dramas, the choristers
advanced, in the guise of the three Maries, to act over again the scene
on the first Easter-day; while of that other scene, when at Christmas the
shepherds brought their simple offerings, a cap, a nutting stick, or a
bob of cherries, to the Holy Child, a trace still exists in the representa-
tion, either by a transparency or a model, of the manger of Bethlehem,
still common in Roman Catholic churches, and not unknown in some
English ones. When the scene of the plays was removed from the

THROUGH the green boughs, I hardly saw thy face
They twined so close ; the sun was in mine eyes ;
And now the sullen trees in sombre lace,
Stand bare beneath the sinister, sad skies.

O sun and summer ! Say, in what far night,
The gold and green, the glory of thine head,
Of bough and branch have fallen ? O, the white,
Gaunt ghosts that flutter where thy feet have sped, and the fact re-
mains that in only
one country, and
practically only
in one city in that
country (for the
Sienna editions
are merely re-
prints) did the
religious plays,
which in one
form or another
were then being
acted all over
Europe, receive
any contempor-
ary illustration.
This one city was
Florence; and
alike for the
special form in
which the re-
ligious drama
was there de-
veloped, for the causes which contributed to its popularity at the turn of
the fifteenth and sixteenth centuries, and for its close connection with
the popular art of the day, the subject is one of considerable interest.
On its literary and religious side, the late John Addington Symonds dis-
cussed it in Studies of the Italian Renaissance with his usual ability,
and many of the plays have been reprinted by Signor Ancona. Of late
years the little pictures by which they are illustrated have also received
attention, a fact amply attested by the extraordinary rise in their
market value. But it is worth while to bring together, even if only in
outline, the pictures and the plays to which they belong, more closely
than has hitherto been attempted, and this is my object in the present
paper.

Across the terrace, that is desolate,
But rang then with thy laughter : ghost of thee,
That holds its shroud up with most delicate
Dead fingers ; and, behind, the ghost of me,

Tripping fantastic with a mouth that jeers
At roseal flowers of youth, the turbid streams
Toss in derision down the barren years
To Death, the Host of all our golden dreams.