HOW MASTER CONSTANS WENT TO THE NORTH.

So Constans left the warm South and journeyed towards the
mountains. And he suffered much pain and care from cold and from
Poverty. His limbs began to fail, yet never was he heavy-hearted as he
had been in the gentle South. And he sang always:

Then came Constans to the Black Ice itself, where no tree may grow
and no man may live . . And the body of Constans was as light as
though he had been a ghost.

And all the days were nights, but Constans had faith that when he
reached the far-off Princess, all the nights would be days.

There came an hour when he was quite undone by his Sickness, and
he cast himself down on the ground and cried : “Let me die . . for
even if she should dwell here, I might not behold her face in this gloom.”

And as Constans wept, he fell into a deep sleep. And while he
slept, a troop of the shining ones came round him, and the air was full
of musick.

And Constans awoke. The bright beings had gone, but the sound
of hautboys and flutes was still in the air, and the icy wind was softened
with the smell of frankincense.

In front of Constans was a high mountain of ice as clear as Crystal,
and as green as the leaves in spring.

It seemed to Constans that the sun shone from the heart of the
mountain, and Constans laughed and danced for joy.

Therewith he drew nearer to the Hill, and now he felt himself hurt
that he had not known at once that Sun to be the hair of his lady . .
Nor did it trouble him that she was not clad in the princely robes of his
dreams, but wore a mean beggar’s garment.

“Mercy on me, my lady,” cried Constans. “Since we have loved
so long in dream . . I pray you tell me how to reach you.”

“Then should you taste of death Master Constans,” said the lady,
and Constans saw that she was whiter than snow.

“Yet I will come nearer,” said Constans. And he walked into the
icy side of the mountain, and his faith like flame melted the ice, and he
came to her. 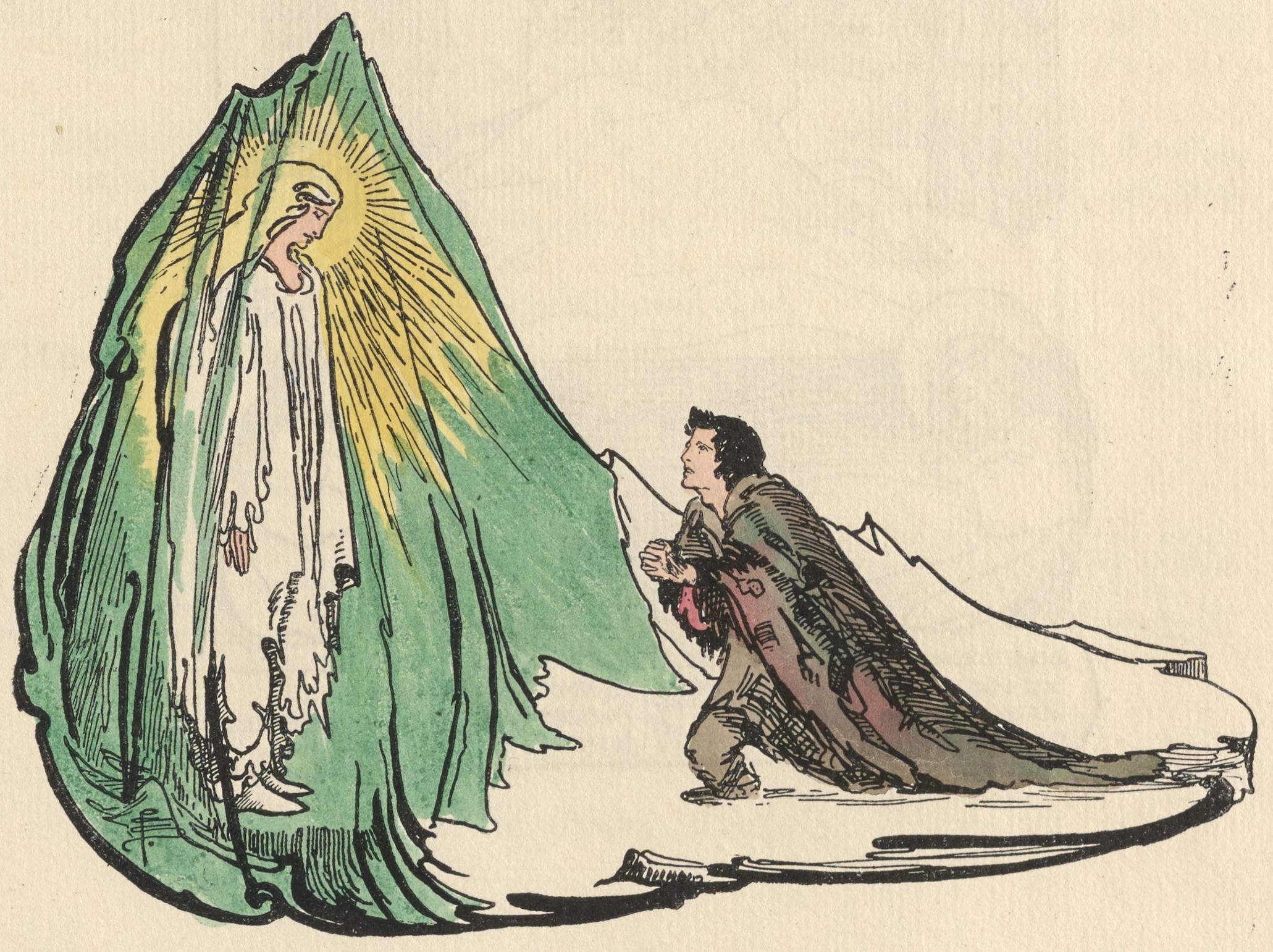